Hydropower is the oldest and largest sources of renewable energy which uses the natural flow of moving water to generate electricity. In developing country like Nepal, it is supposed to solve the electricity issue as Nepal is the lowest energy consumption country globally. Water flows through the dam spin turbine blades (made from metal instead of leaves) which are connected to generators. Power is produced and is sent to homes and business.

A joint technical team representing Nepal and India has started a feasibility study for the construction of a high dam on the Saptakoshi River which will provide year-round irrigation facility to a dozen districts from Jhapa to Parsa. The ambitious multibillion-dollar project will provide irrigation, control floods and generate 3000 MW of electricity. The Saptakoshi River has seven tributaries and is one of the biggest rivers in Nepal.

Pancheshwar Multipurpose Project (PMP) is a bi-national hydropower project to be developed in Mahakali River bordering Nepal and India. Development of PMP, is a mutual interest project between two countries, and is covered under integrated Mahakali Treaty signed between Nepal and India according to which, equal sizes of underground power house i.e., of 3240 MV will be constructed on each side of Mahakali River in India and Nepal. Moreover, the PMP also offer benefit of regulated water for irrigation to a vast area of agricultural land both in Nepal and India along with benefit of flood control at downstream.

Budhiganga Hydropower Project aims at contributing to the social and economic development of Nepal through electricity generation capacity of the country which will help to meet the load demand and reduce the load shedding by developing the Budhi Ganga Hydroelectric Power Project. The Project is a peaking run-of-river type that lies within the Achham and Bajura districts on the Budhi Ganga River, a major tributary to the Seti River and is located in the Far Western Development Region approximately 890 km west of the capital Kathmandu.

The Roadmap for Energy Development has been implemented by declaring the Energy and Water Resources Decade (2018 - 2028) with the objective of contributing to fulfill the national aspirations of 'prosperous Nepal and happy Nepali' through the development of energy sector. As per the government policy to encourage the production and use of electricity, the production and consumption of electricity is increasing. The access to electricity of the population has reached 93.0 percent with the increase of the electricity production. As of mid-July 2020, the access to electricity was 90.0 percent of the population. 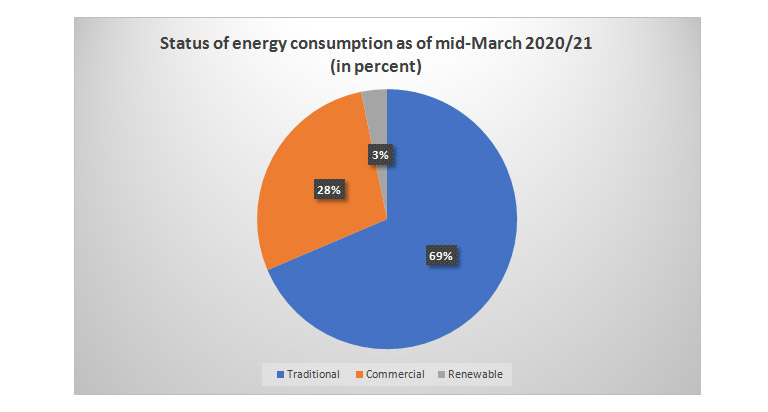 The total energy consumption of the all sectors of the economy has increased by 2.04 percent to 4779.64 gigawatt hours in mid-March of 2021 as compared to 46683.23 gigawatt hours of the corresponding period of mid-March 2020. 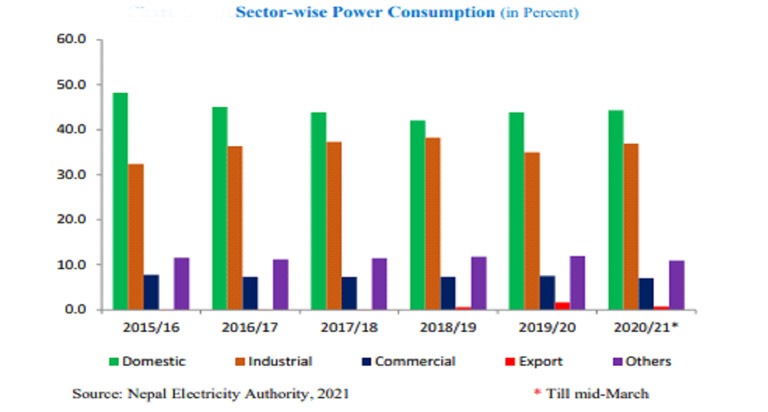